At NUS Hack&Roll 2015, I somehow convinced Bobby to work on an algorithm that ranks Tinder profiles based on bio text and images, and automatically swipes right on all those which fulfill ‘predefined metrics’.

We used a keyword extraction algorithm coupled with a custom dictionary for scoring and simple sentiment analysis of the bio text. We also modified feature detection algorithms for images to rate profile photos and combined the results to classify profiles to swipe left or right on. We deployed a functioning demo using bootstrap and Django.

The description above sounds cool, but in reality, the ‘predefined metrics’ for our project ended up being promiscuity. The keywords that the bio analysis algorithm zeroed in on were the kinds that people looking for hookups would use, and the image processing performed was to reverse engineer a nudity detection algorithm to calculte the percentage of skin pixels in images.

The idea came about as a joke when we were having a deep conversation about how society and dating had changed for the worse, and was meant to be a parody of how young people use Tinder: brainlessly swiping right to bounce from one meaningless fling to another.

The image analysis algorithm detects skin pixels and returns the total percentage of skin pixels in the image as the score. The higher the score, the greater the promiscuity. 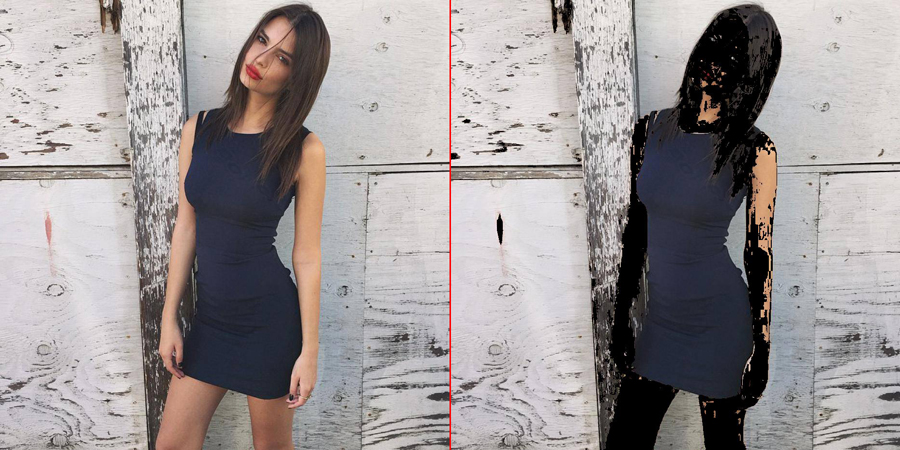 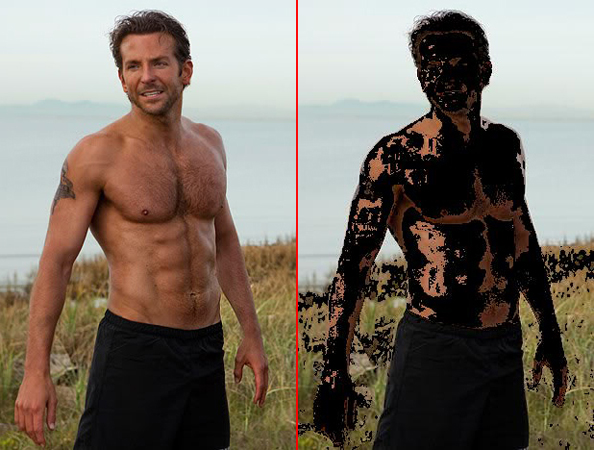 Hollywood superstars Emily Ratajkowski and Bradley Cooper got scores of 12.1% and 28.6% respectively, which is probably because Cooper is shirtless.

The keyword extraction algorithm extracts specific words and n-grams from a bio, which are then matched with a custom dictionary of keywords to obtain a score for the text. The higher the rating, the greater the promiscuity, as seen in the example above.

The idea was extremely abominable, but it seemed like a fun thing to build at 3 a.m. at a sleep-deprived hackathon. We do not personally endorse or condemn using Tinder for hooking up, nor can we speak for the results obtained by using our application. A judge from Entrepreneur First actually called it ‘one of the evilest software’ he’d ever seen!